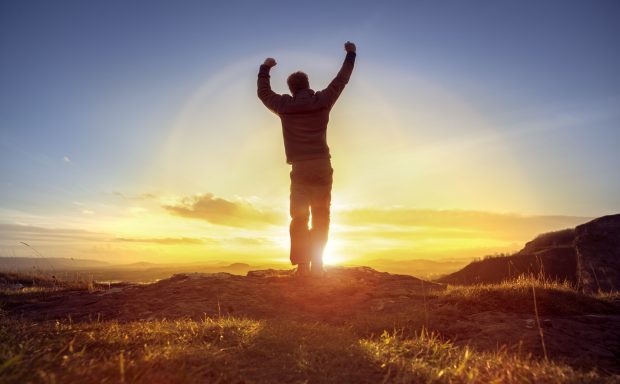 Something that we’ve been talking to our clients about is an idea that doesn’t really get talked about much — the person with the most belief in the company has the greatest influence.

We often wonder why some people who are Presidents, CEO’s, or business owners are so much more impactful than others. They get greater results, have better teams, leverage their time better, and give their customers transformational experiences. They’re breaking new ground. They’re growing exponentially.

Well, one of the things I’ve drilled it back to is that people that carry belief at a dramatically higher level than everybody else in an industry or company are the ones that are winning! Those are the people that are doing amazing things for their clients, stockholders or teams and are transforming industries. For example, when you look at somebody like Jeff Bezos at Amazon, I think of the picture of him by himself in his office in 1999, and today he’s the richest man in the world. His company is totally transforming the world. He went years and years and years without making a profit. But in all that time he was able to raise money and capital continually because he had more belief than anybody that what he was doing was going to work out and was going to make a huge impact in the world in business, both professionally and personally. You can name a number of other people who have done the same thing – how about Steve Jobs at Apple.

The one common trait that all of these people have is that they are industry transformers. The people that are doing these epic things in the business world have a greater belief in what they’re doing than anybody else. They’re able to pass on or transfer to their team, venture partners, investors, suppliers, audience, customers, that what they believe in is going to be amazing!  That this is an amazing thing, product or service or maybe it’s an experience they are creating. The greatness all stems from the idea of their own personal belief in it.

Beliefs are incredibly powerful. Think about your own personal spiritual or faith life. This is all based on believing in that idea or person. It’s what we stake our lives on.

We don’t think of it in business as “belief” being the thing that is an attribute that a leader of a company needs, but it actually is the game changer! The big separator.

You know if you’re not where you want to be in your business right now.

If you don’t know how to do that, reach out to us and schedule a free catalytic conversation  and we can talk about where you’re at in the belief spectrum. We can give you some coaching on how you can increase your belief and what the main ingredients are to building that belief.

Whether you need belief in your business or company, your people, your product or service, it’s all related. What does it tangibly mean to hold that belief? We can show you how that is totally possible!! But the first step is to be aware of where your belief is in what you’re doing. This little tidbit can make a tremendous difference in your business.

In the last quarter this has become a huge theme for us with all of our leaders that we’re working with. We just wanted to share with you that the person with the most belief in the company or business is the person that has the greatest influence over the future and results to come for that business.

If you have any questions or want to discuss this more, please reach out to us or check us out what we do at www.confidencecoach.org.